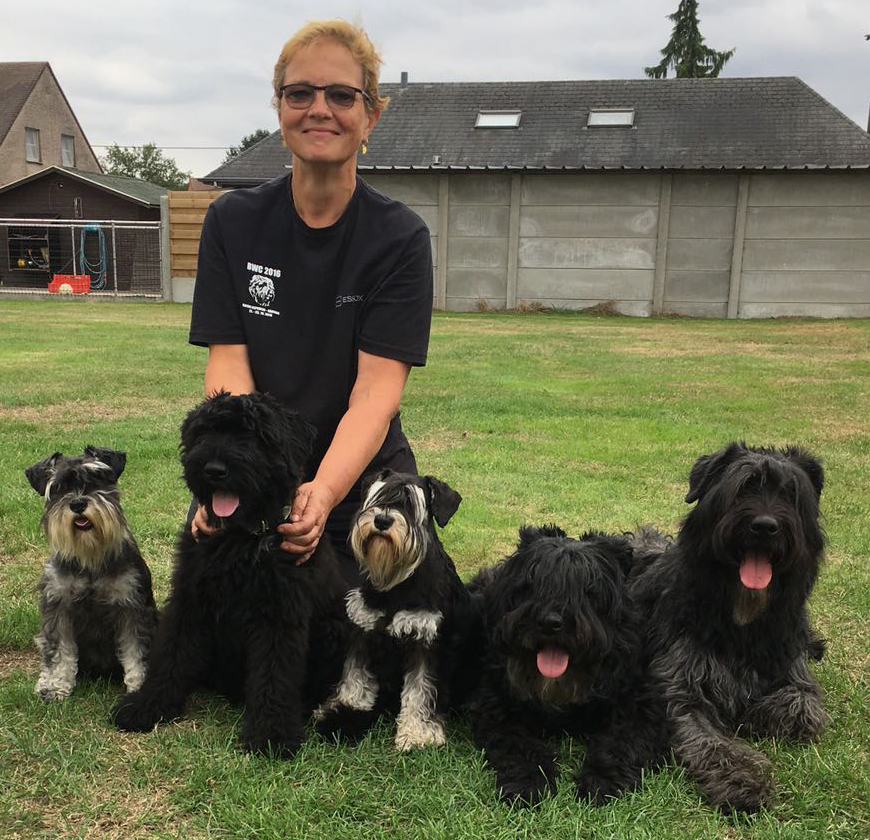 In 1985 I saw in a pet shop in Rijswijk (South-Holland, NL) a German Shepherd pup sitting all alone in a bench. I found that so pitiful that I bought her. It was a female of 8 weeks old and I called her ‘Lady’. It was a very nice dog with lots of temperament. After we had followed a few obedience classes, which she completed with excellent results, I became enthusiastic about dog training, especially IPO. With Lady I trained at a Working Bouvier Group. With her I obtained the UV (stamina), VZH (Begleit Hund), IPO I, II and III certificate. 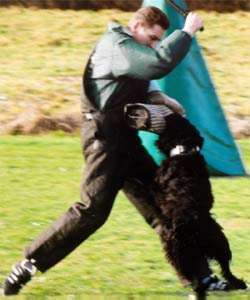 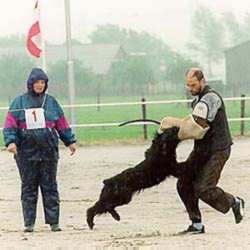 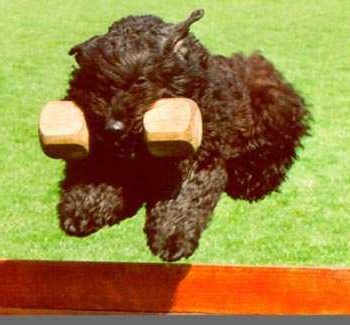 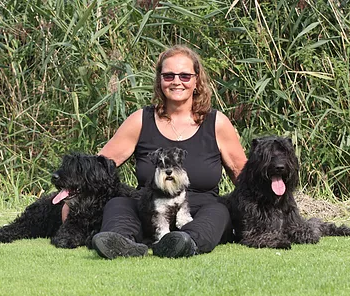 The fact that I always have been mad about bouviers des Flandres, made me order a bouvier pup from the trainer of the Working Bouvier Group The Hague who did also happened to be the owner of the ‘Van de Hapanda Hoeve’ bouvierkennel. I chose a male pup.
His name was Taran Tanja van de Hapanda Hoeve and he was born on March 27, 1987. From the first moment on, the intention was to train this bouvier, but he appeared to be good looking too. On several (inter)national dog shows he was given the qualification ‘Excellent’ and often he was placed number 1 to 4. He obtained his IPO III with 286 points, qualification ‘Excellent’, under the guidance of trainer Fred Samseer of the Working Bouvier Group Amsterdam, the club where I was training at that time. Taran was not a dog with much courage. He was not suitable for entering in competitions.

From Fred Samseer and Carla van Duyvenbode, which own the ‘Casa de Mandingo’s’ kennel, I bought a female bouvier pup. She was born on February 5, 1991 and when I brought her home she was 13 weeks old. With her I achieved several successes. It was a fantastic dog (one of a kind) with lots of character, temperament and working desire.

She was also a very beautiful dog and she was placed Excellent 1 many times on (inter)national dog shows at home and abroad. Unfortunately she was killed in a train accident on June 29, 1998. For me and our kennel it was a great loss.

Hurricane Jane Casa de Mandingo’s is the ancestress of ‘Van Aqualand bouviers’. Her first litter was born on March 23, 1995.

Fortunately her offspring is both beautiful and temperamental with a superb character and therefore I could continue breeding this line. Some of her offspring, with pictures and show-/workresults, you can find on this website.

More info, pictures of Sushi and her offspring you can find on this website. 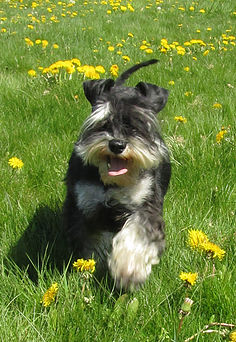 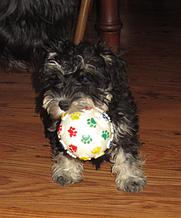 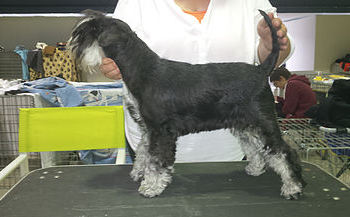